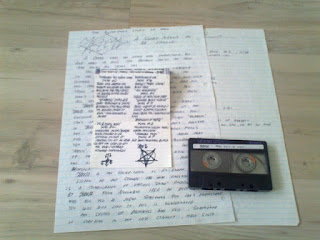 Here we have Hell (UK) demo tapes (not to be confused with the NWOBHM band with the same name): "Dismember the rotting corpse" Nov ´84, "Necrophagy" Jan´85, "Die a painful death" Feb´85, "Resurrection of Evil" June´85 etc etc - all in all 8 demos w/ 32 tracks. Bands like Hellhammer, Sodom, Death, Bathory, Possessed and Blood-Death were too wimpy to the sound desired by HELL. This was the sound of the sound of Un-Death... Alright, nuff said. Real warped stuff here. Total ear prick up. 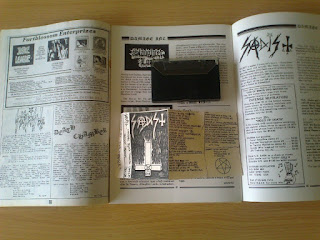 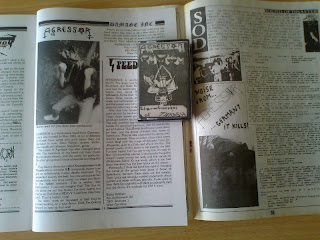 Some more ear prick up recordings, this time from Western-Germany: namely S.A.D.I.S.T. with their 1985 and 1986 demo + Agressor with 1985 demo. I think it was recordings like that that gave Death Metal bad name back then :) But we should not take everything so seriously, and I am sure these bands were not 100% serious either about their deathnoise. Remember it was the time when "everyone" tried to out-do others concerning musical madness and extremity. 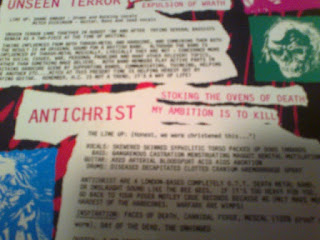 And Antichrist (UK) made it even onto the vinyl.
Does anyone remember Death Bathory Inc. from around 1988?
Posted by deathster at 6:04 PM