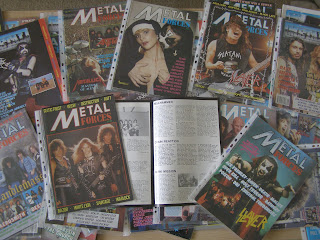 Metal Forces magazine was very important for metal maniacs around the world in 80s and beginning of 90s. It was like a door from mainstream heavy/thrash metal to underground black death metal world.
In early 1984 they featured Hellhammer "Triumph of Death" demo review on their pages... They even got promo package in demo form from Slayer to be reviewed. 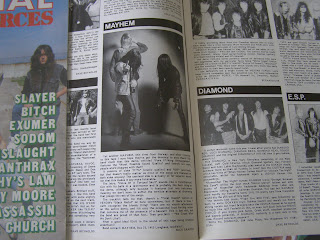 And even Norwegian Mayhem sent their "Pure Fucking Armageddon" demo there in 1986... to be crushed.

Posted by deathster at 9:11 AM