Black Metal by the gods of rock`n`roll damnation - VENOM 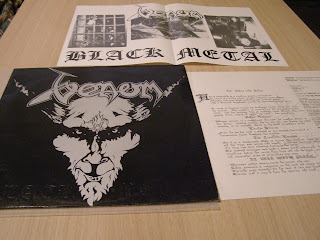 Yeah, imagine November 1982... this is how "Black Metal" album by Venom was released originally back then: embossed writing "Black Metal" w/ black letters, poster and lyric sheet. Let the musical horror begin. Venom were the "shit" in the 80s. 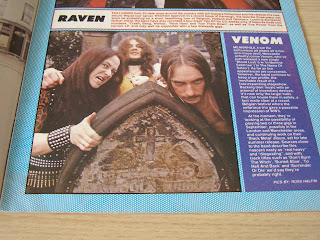 Magazine outtake from exactly 30 years ago: beginning of July 1982. Article explains Venom have released new single "Bloodlust" and is about to record the new album. 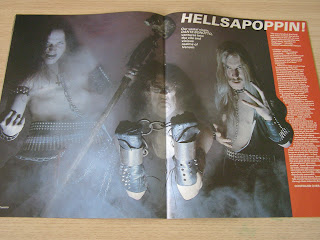 Huge Venom feature in UK press that was essential with the release of the new album "Black Metal" in November 1982. 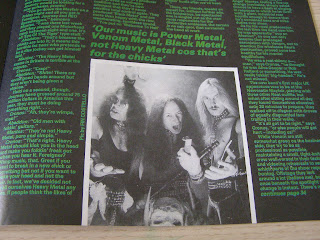 I think picture for "Die Hard" single was also used from this session.
Posted by deathster at 9:34 AM