Mayhem interview done with Necrobutcher in June 2010-06-26 via telephone after the Brazil-Chile football game (World Cup 2010). Local time: some minutes after midnight. This interview is never published before (in full). Done by me.

Me: So how did you like the football game?
N: Yes… Brazil over Chile 3:0, it was little bit boring but…
Me: Too much predictable?
N: Yes, little bit predictable. I think Brazil has the best team, or maybe Argentina… or maybe Germany also. I do not have any favors, I just like to watch good quality games, so…
Me: So lets start with our interview. Mayhem will be back for the 3rd time in Estonia. Do you remember anything from last two gigs?
N: Yes, of course. First of all we are excited to come back to Estonia in 6 years since the last visit. Both times we have been there we have worked with Kaido, his band Manatark opened up for us on European tour in 2004. He put up a show with us… or was it earlier, I do not remember  anymore. At least it was Kaido both times. Unfortunately in the middle of the set somebody put on some  tear gas and we had to cut little break inside the set to air out the tear gas before we could continue with our set.
Me: It was in 2001, first time in Tallinn.
N: Yeah it was ok. We were refused on the Russian border the day after so we had to extend our stay 2 more days in Tallinn which was nice. We had good time. In 2004 I remember we had some problems because the trailer of our bus was not good, they confiscated our trailer and equipment on the port, so we were able to do the show later in small club that I think Kaido was responsible of. Small club, it was ok experience. 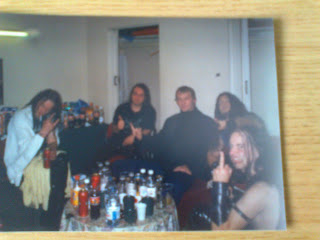 Mayhem with an unidentified death-head in 2001 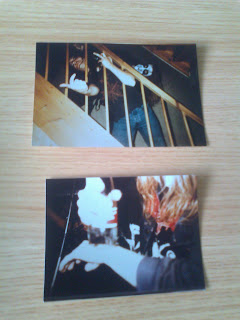