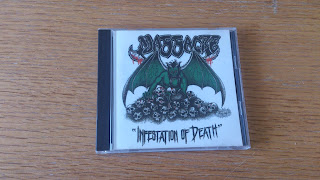 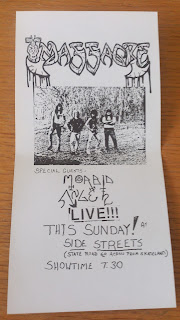 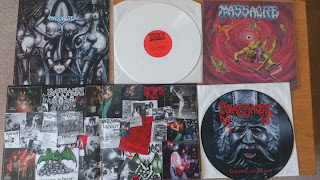 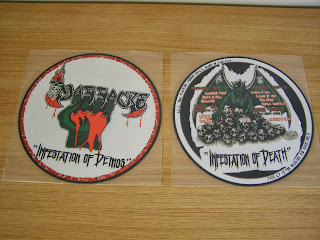 That legendary act Massacre from Florida. "From Beyond" could have been easily released in 1986 if record companies would have been more interested in death metal sounds. I mean the band was ready. Just listen to their 1985/86 recordings... especially this "Corpseginder" bootleg live LP (live set from 20.12.1986) is pleasure to listen to ("Corpsegrinder" that ancient DEATH track from 1984!). 1985 3 track demo too.

Side note: Watching from distance it seems to me that guitarist Allen West had very good influence on different bands in mid 80s. In 1985 he was in Massacre and listen to their disgustingly HEAVY sound (HH/Frostish) on 1985 demo. Allen is/was not present on 1986 demo any more and this demo sounds different (crystal sharp instead that old heaviness). Instead Allen went to Executioner / Xecutioner in 1986 and listen to Xecutioner recordings from 1986! Again this HEAVY HH/Frostish sound. In 1985 (before Allen joined in) Executioner was more thrash band than death band). And Allen was also on Xecutioner debut album recording made in 1988, which was released in 1989 under Obituary "Slowly We Rot" name. Again, Allen was not on "Cause Of Death" and this album was let down ( 3 good tracks (including cover song) and others were fillers to my ears). so, in my eyes and ears Allen was that evil mastermind in ancient Massacre and Xecutioner times. Both acts had killer vocalists too of course!
Posted by deathster at 9:20 AM